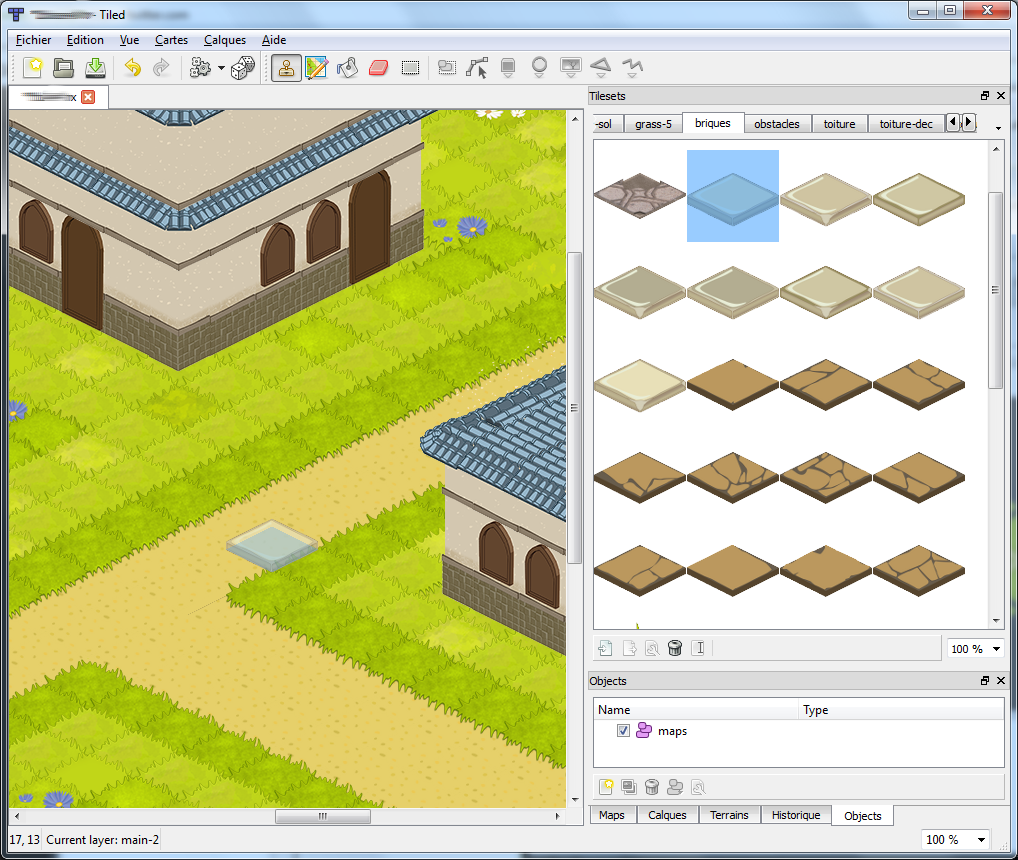 DoYazan project: an overview of tools we use to create the game

In addition to developing the engine, the client and the server, the realization of MMORPG requires a lot of tools that will subsequently allow to create the game world without necessarily being a developper or having technical skills.

These tools also simplify the work for technical people, or designers. Here are some examples of the tools we use ; existing or that we have developed specifically for the DoYazan project.

For maps creation we opted for an existing Open Source editor (Tiled Map editor) since he fit most of our  needs.
we will most likely have to develop our own tool later, but for now it is enough.

The flexibility of this editor allows to adapt it to most scenarios, in our case it is the isometric maps edition that interested us, and that’s good because Tiled perfectly manages this type of maps.
What is missing is a feature allowing to connect maps, since the game uses continuous scrolling, the game engine must know adjacent maps and preload them while player move…
also, the file format generated by Tiled – although already optimized – are not optimal for fast rendering in HTML5.

For these two reasons, we have developed a tool to fill this gap …

This tool follows the creation and editing of maps, it allows us to link the maps together and generate a specific output format. maps published with this compiler are compatible with Tiled for subsequent modification. 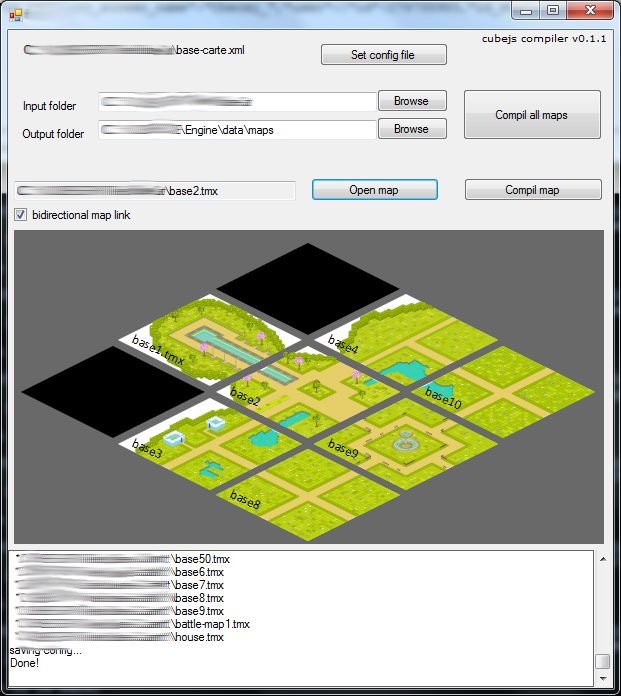 DoYazan quests are generated with configuration scripts, it is theoretically possible to create quests without the need for any tools.

Basically, a quest is a series of steps to perform, for each step we have to check one or more conditions to be able to proceed to the next one.

Small quests scripts are fairly simple to do manually, but complex quests having several possibilities/conditions and different ways depending on the players choices  … etc are not easy to create without a tool. in addition to the huge number of quests that an MMORPG requires, scripts quickly become unmanageable, and this is where comes our editor. 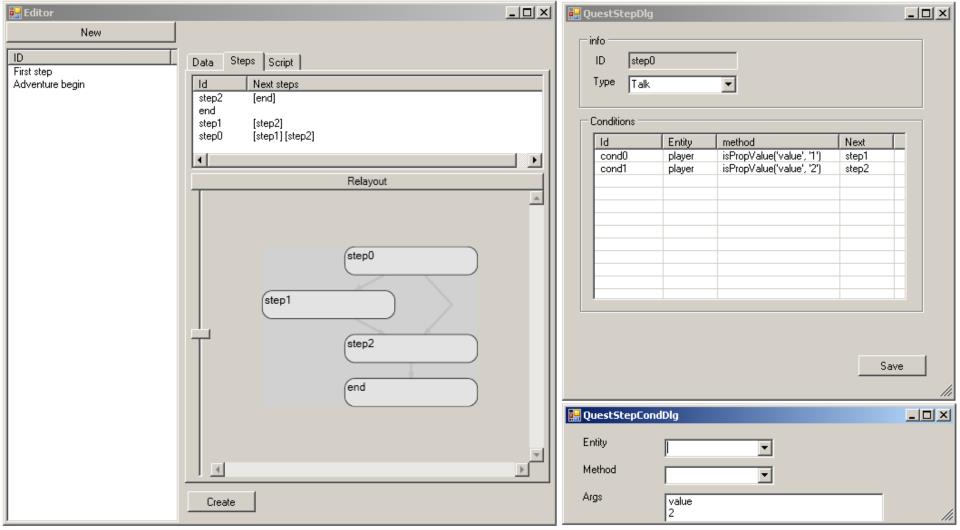 it lists all the game quests, and shows the different steps in graphic form, so it is easier to manage quest steps this way …

the user can also see the script generated for each quest in real time and change it manually if necessary.

That was a quick overview to give you an idea of the work in progress and the various aspects of such a project.